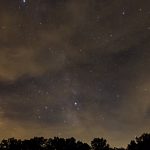 Unfortunately we were mostly clouded out for the star party.  From the sounds of it some of the other big star parties going on concurrently were also clouded out.  It just wasn’t a good weather weekend for a large portion of the eastern US.  Regardless of the clouds, the rangers at Pickett put together some good food and speakers for the event to keep it entertaining.  I stayed for only one night and snapped a few pics of the hazy skies with the Milky Way trying to peak through. 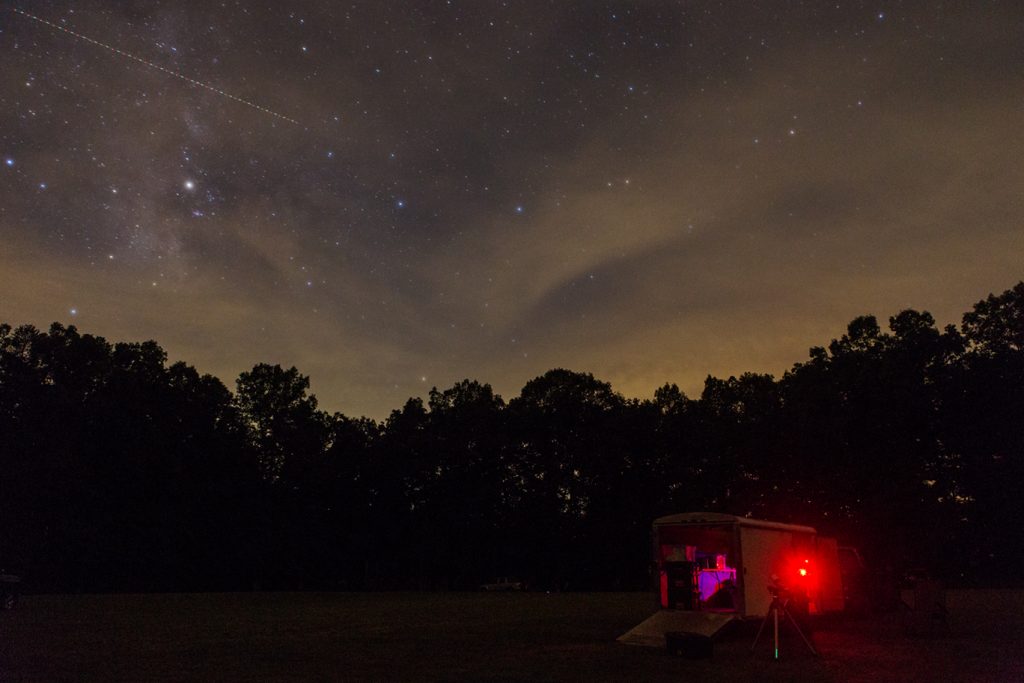 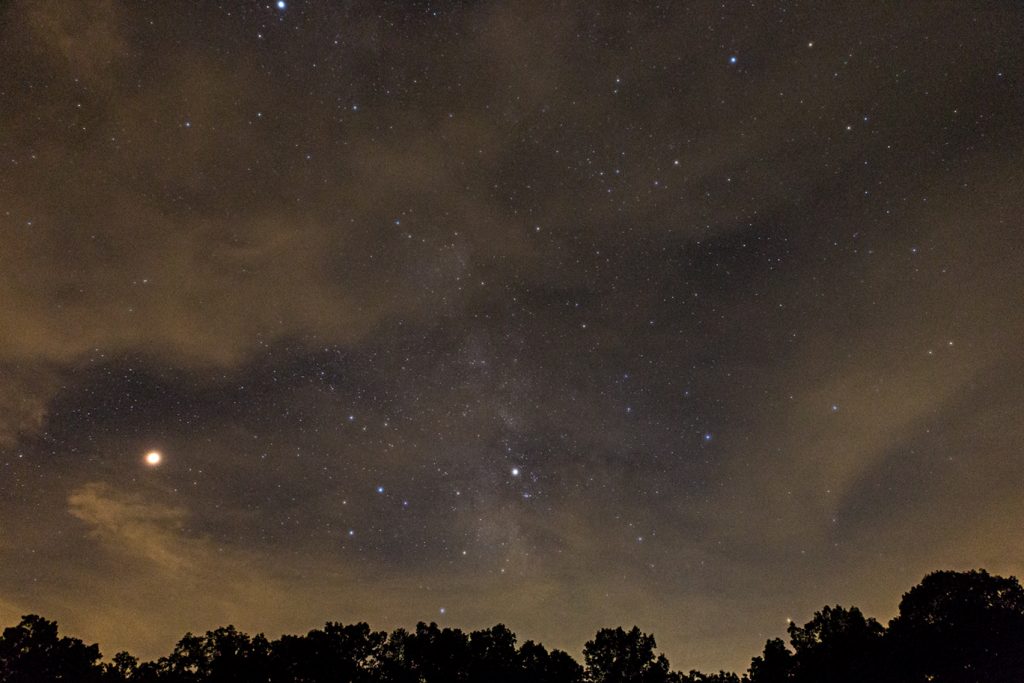 The first arrivals setting up on the astronomy field

On April 1st through April 3rd Pickett State Park, a newly designated IDA Dark Sky Site, held its first Astronomy Weekend Star Party. We were clouded out Friday night but clouds on Saturday finally yielded to clear skies albeit with some very gusty winds until the wee hours of the morning. 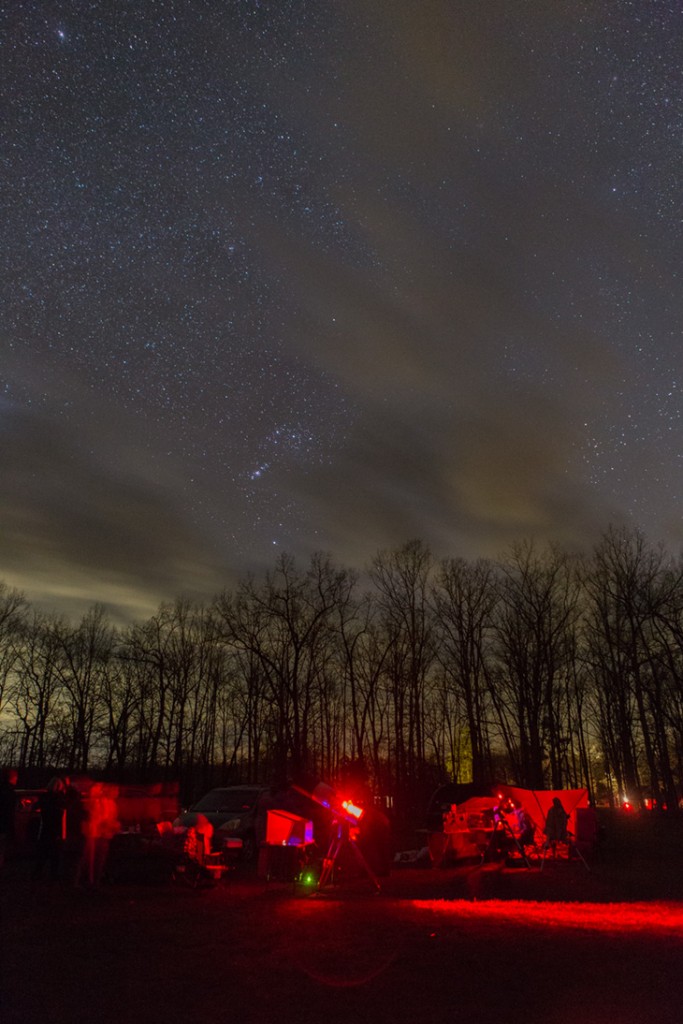 Waiting for Clouds to Clear while Orion sets 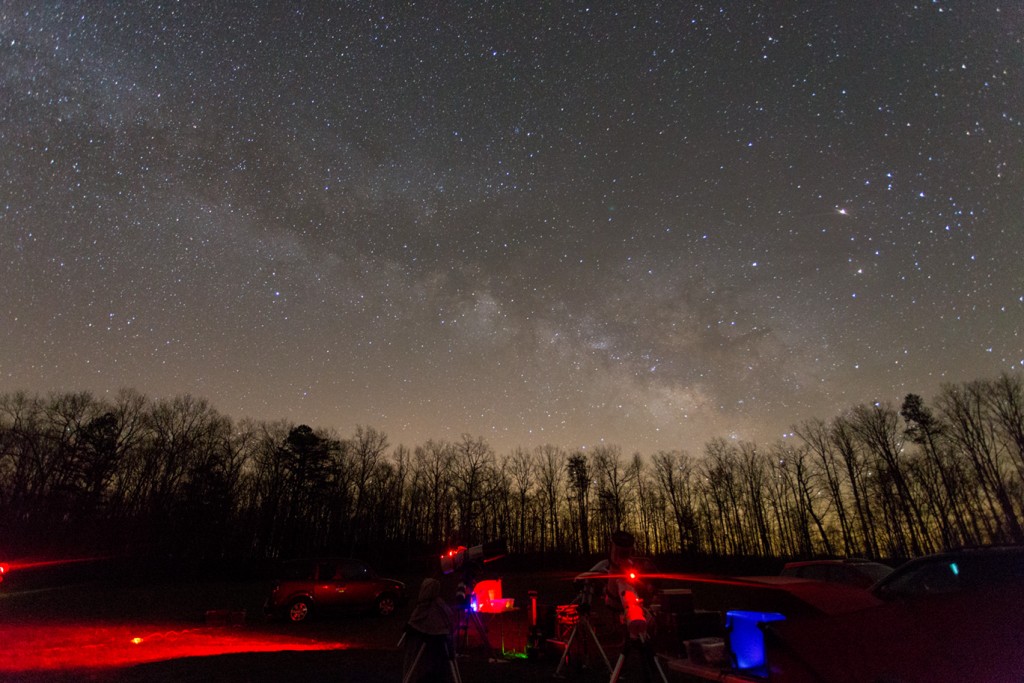 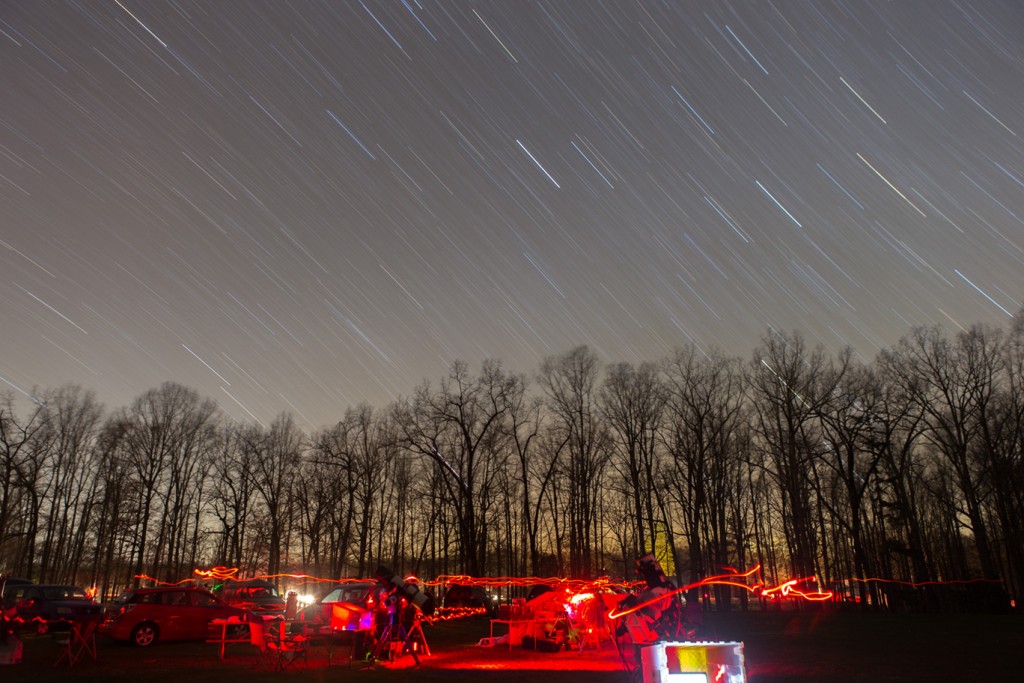 Star Trails over the astronomy field 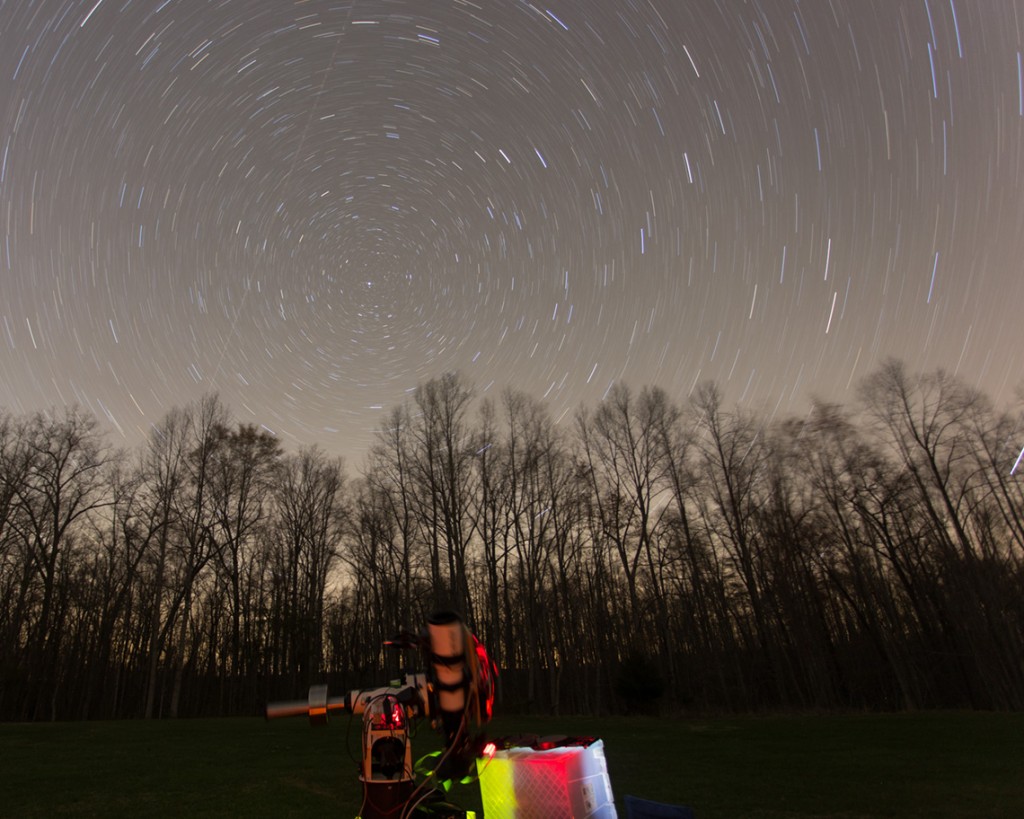 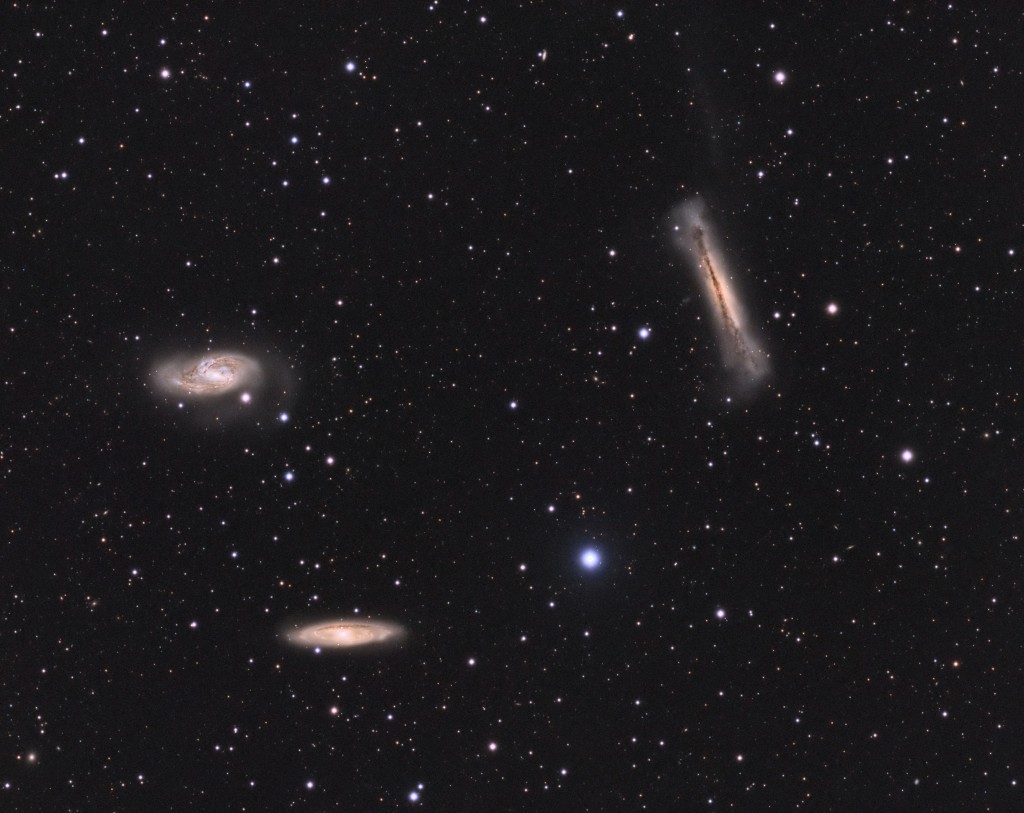 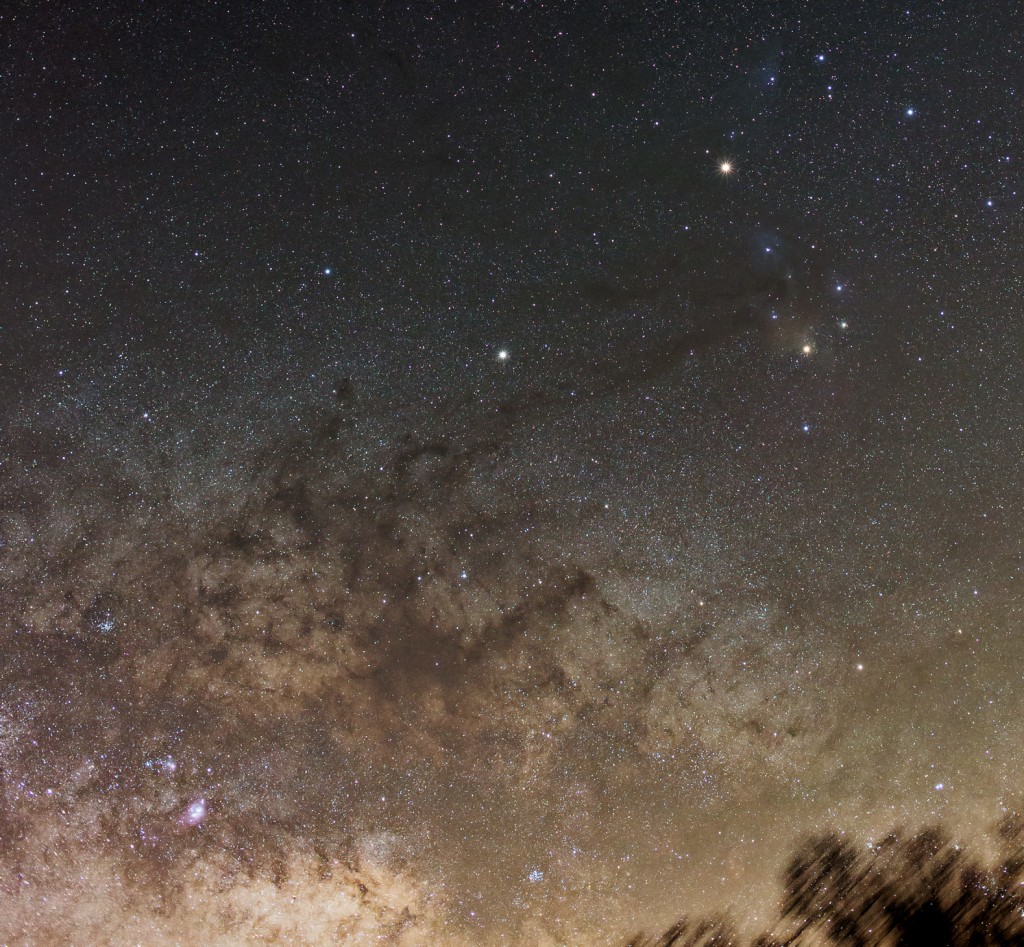 It ended up being a gorgeous night at Norris.  The MW was clearly visible and seeing looked reasonably good just based on the naked eye twinkle criteria. 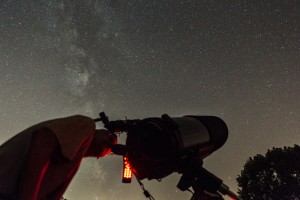 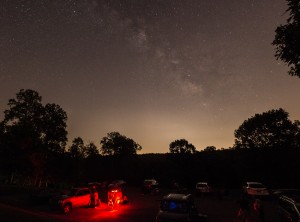 I was able to gather a paltry 3x20min of O[III] and 2x20min of S[II] data on M8 (The Lagoon Nebula) to complete a tricolor Hubble Pallet image before it moved behind a tree…. 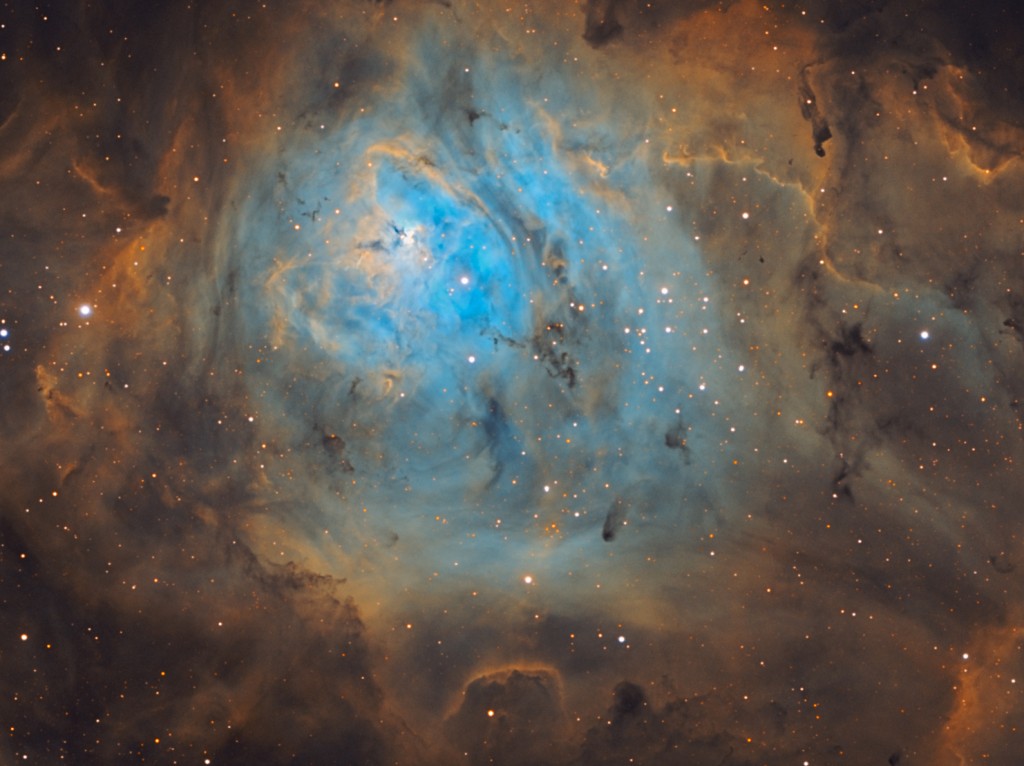 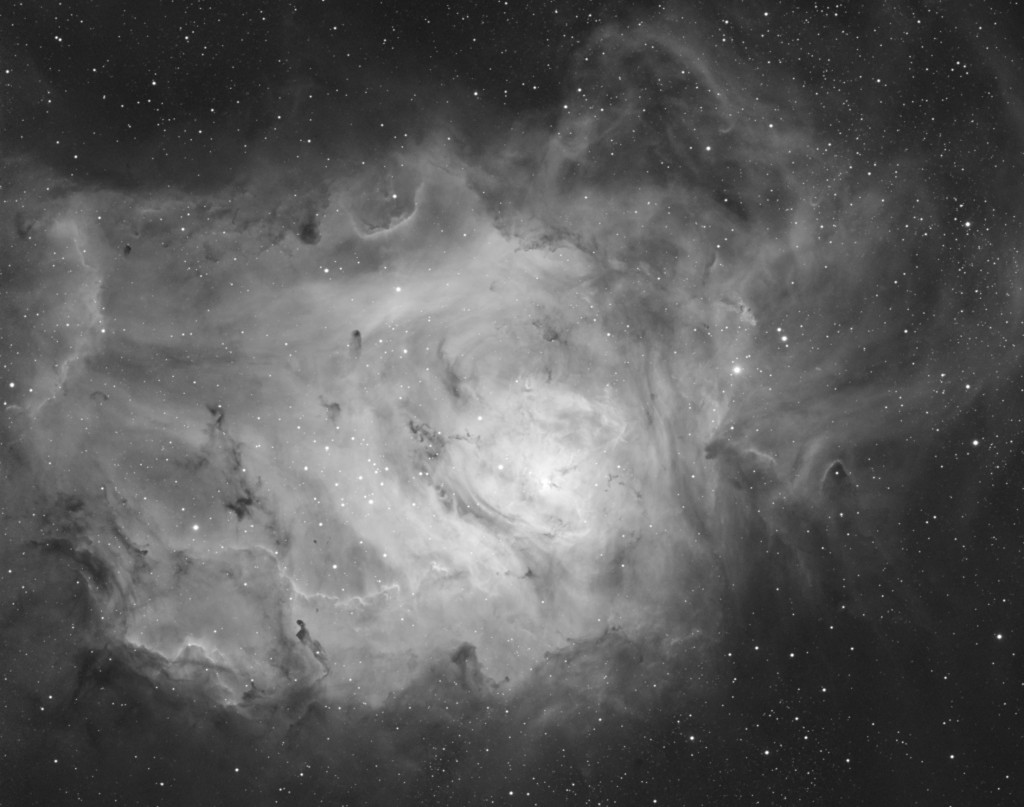 The Lagoon Nebula (catalogued as Messier 8 or M8, and as NGC 6523) is a giant interstellar cloud in the constellation Sagittarius. It is classified as an emission nebula and as a H II region.

The Lagoon Nebula was discovered by Giovanni Hodierna before 1654[4] and is one of only two star-forming nebulae faintly visible to the naked eye from mid-northern latitudes. Seen with binoculars, it appears as a distinct oval cloudlike patch with a definite core. In the foreground is the open cluster NGC 6530.

From Wikipedia, the free encyclopedia 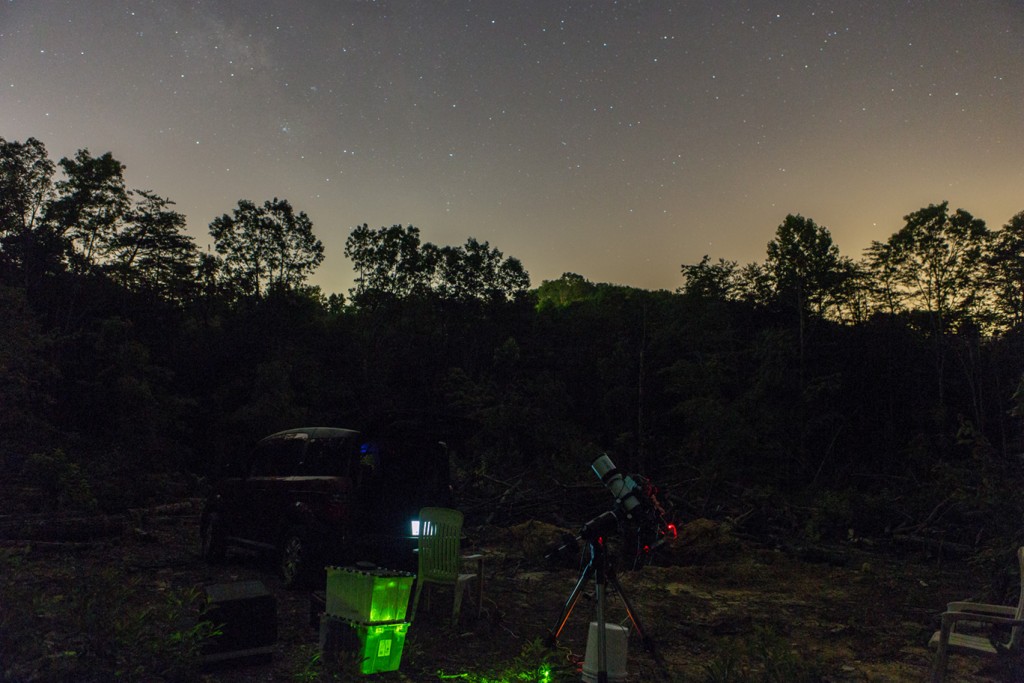 Conditions were decent up until some clouds rolled in around 3:00am.  There was a lot of lightning flashing to the north so I packed up a little early and headed back to the house.  SQM measurements started around 20.2 but improved to 20.4 with a max of 20.5 around 1:00am.

The light pollution domes seen in the image are Oak Ridge to the south west (right side) and Clinton to the east/south east (left side). 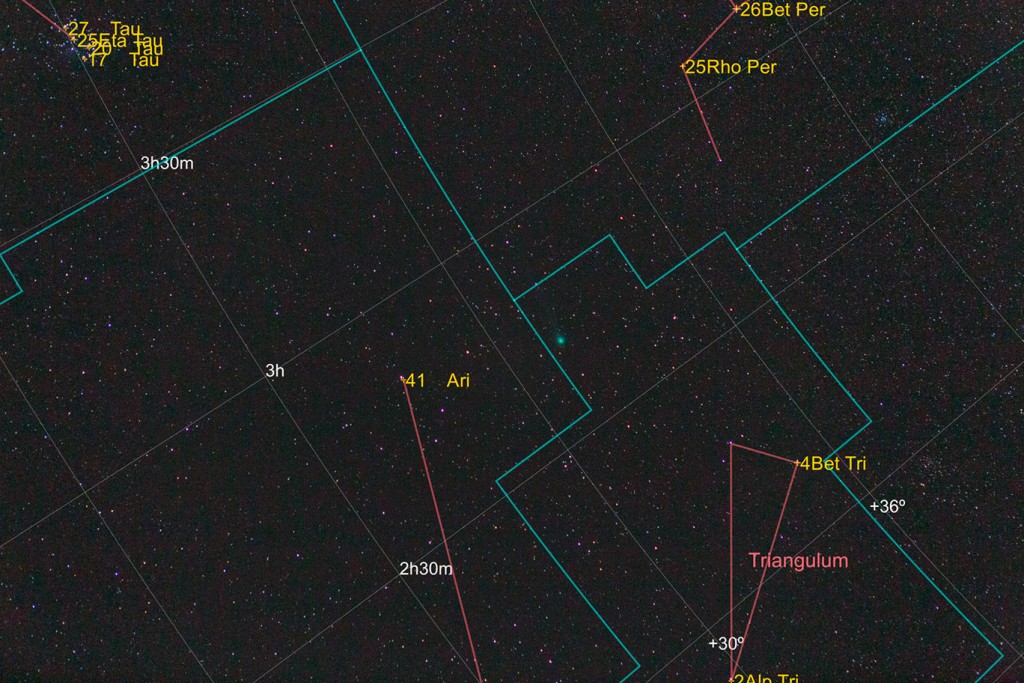 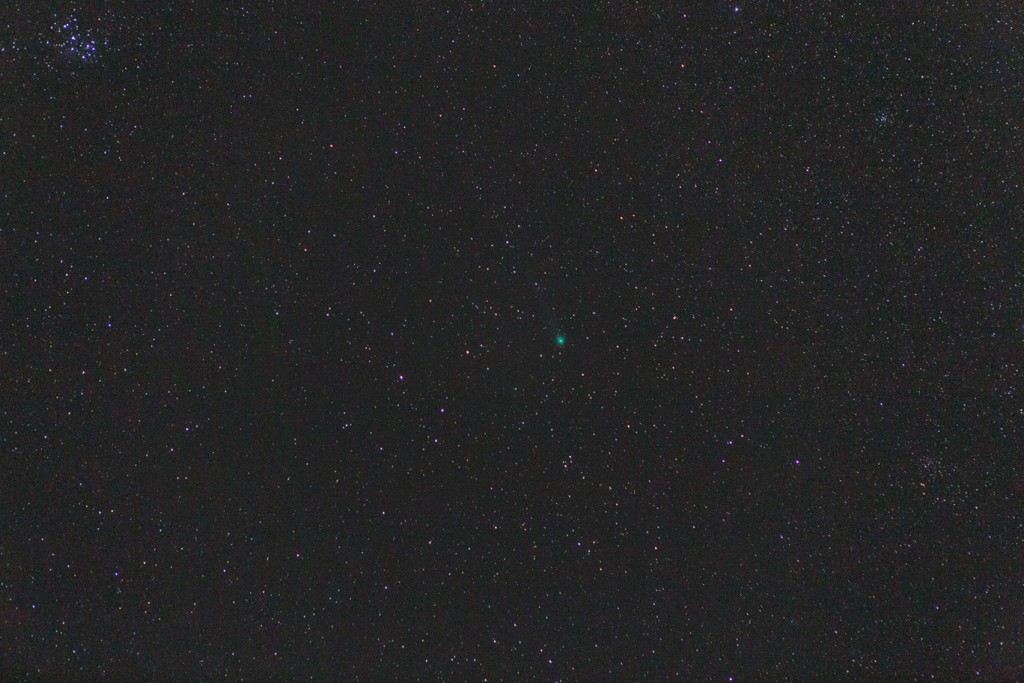 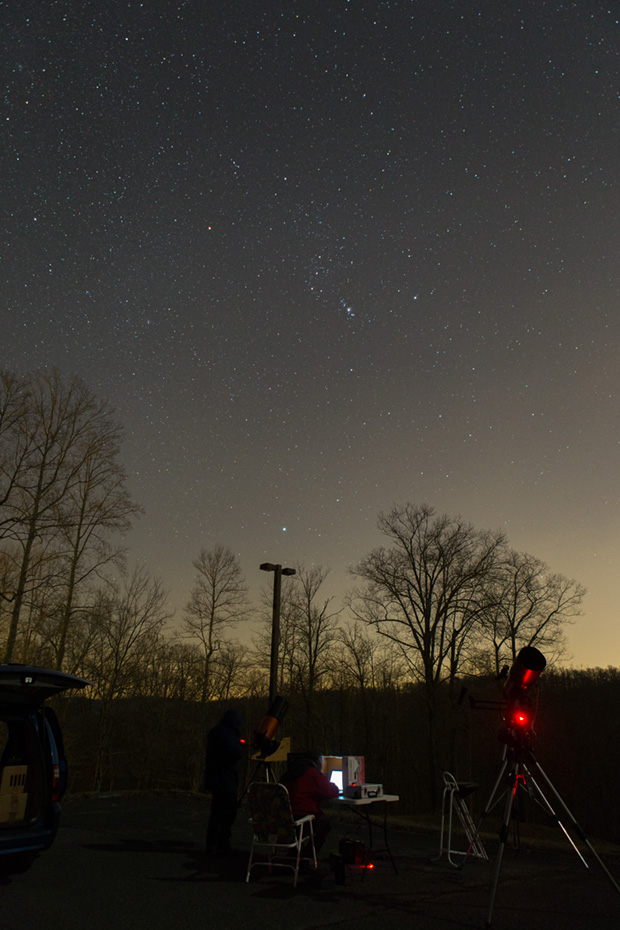 Star Party with Knox Observers, ORION, and SMAS members. 1/24/2015, from Norris Lake, TN.  Looking towards Orion rising in the East.